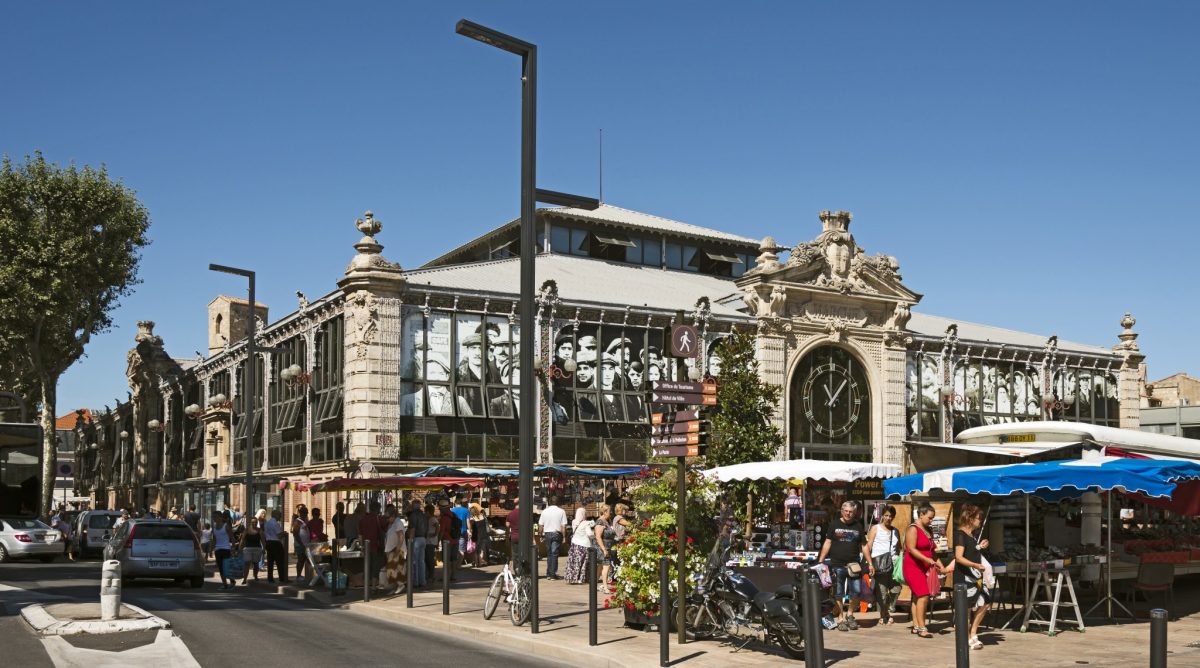 Narbonne was established in Gaul by the Romans in 118 BC, as Colonia Narbo Martius, colloquially Narbo. It was located on the Via Domitia, the first Roman road in Gaul, built at the time of the foundation of the colony, and connecting Italy to Spain. 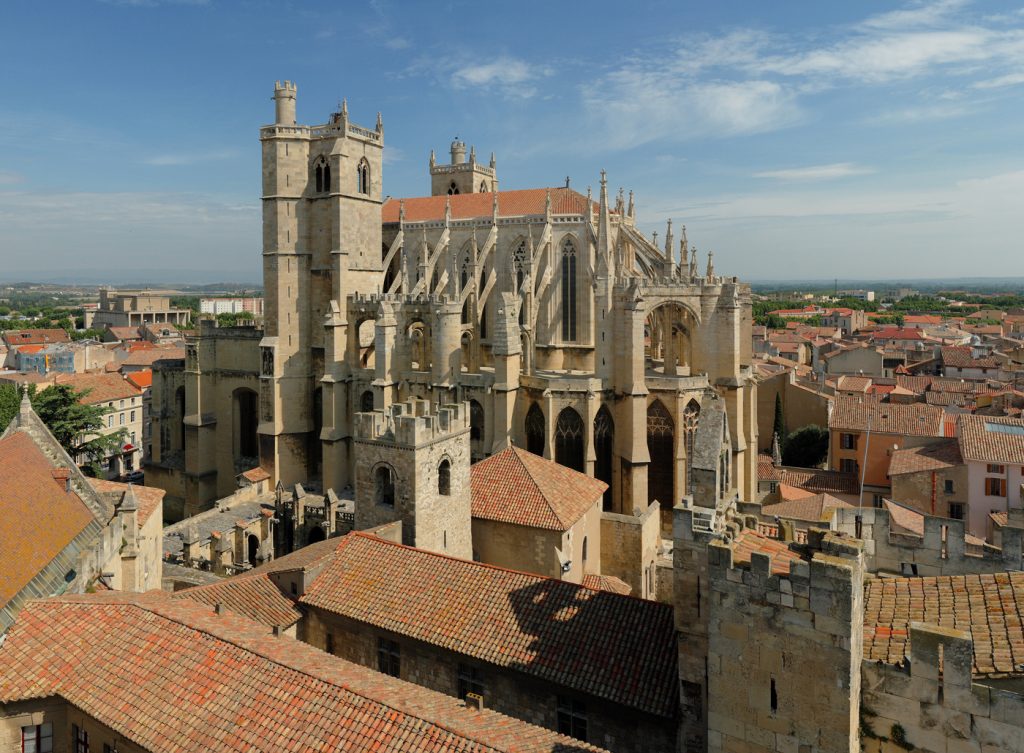 ‘At the time of its creation the town was to be a major stop on Via Domitia, the route that was linking Rome to the Iberic peninsula, of which remains are still visible today.
During the 1st century BC Narbonne becomes a flourishing Mediterranean and the capital of the province of Narbonnaise.
In the 4th century AD the Latin poet Ausone was writing about Narbonne: “It is to you that the seas of the East and the Iberian ocean pour their goods and their treasures for you is that fleets sail on the waters of Libya and Sicily: and all vessels loaded in all directions which run the rivers and seas, all that navigates in the entire universe comes to addressing your banks.”

Due to its situation as a maritime port, its local leather and wool industry, Narbonne was also spared by the Crusade against the Cathars.  It flourishes and reaches a population of around 30,000 inhabitants in the middle of the 14th century.
At the beginning of the 14th century the Jewish population of the town, actively involved in the thriving commerce, is expelled. In 1320 the river Aude, breaks its dams, floods the fields around Narbonne and changes its course. The old river bed becomes a pestilent swamp that pollutes the town. The town suffers along with the whole Europe from the Black Death epidemic of 1348-1350 and is devastated in 1355 by the raids of the English troops led by the Black Prince. These events bring about the decline of Narbonne as a prosperous city.
In 1790 the town is also stripped of its status as  a Archbishopric and becomes only a Bishopric title that is taken again in 1801.
In the 20th century the city of Narbonne is prosperous again, this time due to the wine industry of the region.

The Cathedral and Palais des Archéveques (Archbishops) remain intact in the centre and a portion of the ‘Via Domitia’ is exposed in the Place and one can navigate the canal Robine through its centre by barge or electric boat.

For ‘Foodies’ the daily food market, ‘Les Halles’, offers comestible delicacies of the region and at lunchtime  the market cafés serve and are served instantly, produce from the vendors in the market.