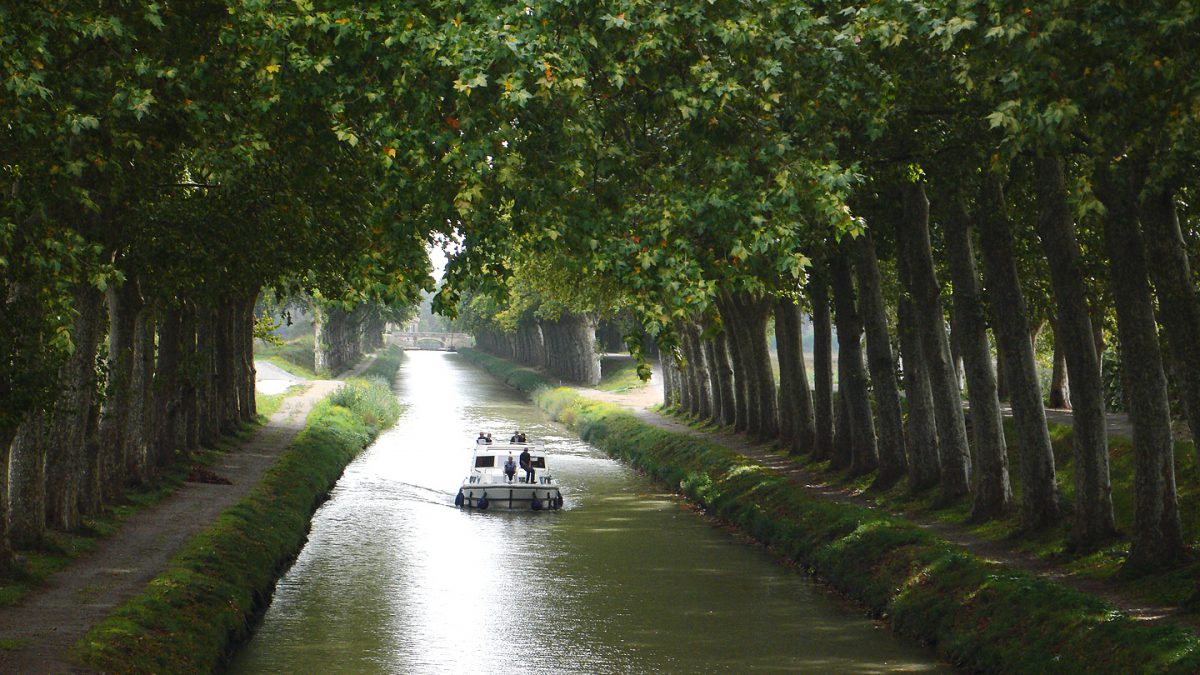 The Canal du Midi (Occitan: Canal de las Doas Mars, meaning canal of the two seas) is a 241 km (150 mile) long canal in Southern France (French: le Midi). Construction began in 1667. It was originally named the Canal Royal en Languedoc (Royal Canal in Languedoc) but the French revolutionaries renamed it to Canal du Midi in 1789. It was considered at the time to be one of the greatest construction works of the 17th century.

The waterway stretches from Bordeaux on the west coast ( via the Canal de Garonne), but the Canal du Midi itself is from Toulouse to Sète on the Mediterranean coast to the east,  passing by Castelnaudry (famous for the ‘Cassoulet’), Carcassonne and through some of the most beautiful tobacco and  wine-growing countryside of France.

From nearby Homps (5km from Beaufort), you can take a ‘Croisade’ – a Cruise – in a vintage pleasure boat along the canal, or from Somail, hire an electric boat for up to 5 people, for a self-navigated explore along the Plane tree shaded canal, with a picnic and of course a bottle wine!

The canal can also be followed by bike along the tow-path with specially designed ‘comfort’ bikes to hire. (These can be arranged in advance and delivered to Au Coeur de Beaufort for the days required).